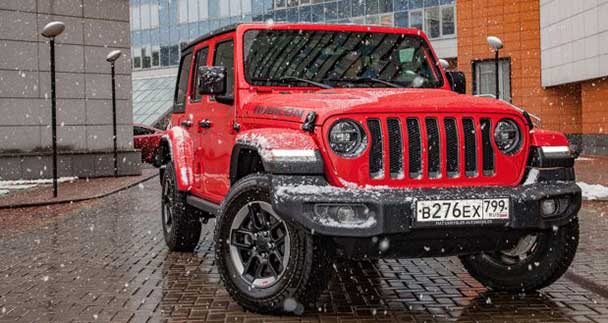 Readers of one of the most famous Russian motoring magazines, Za Rulyom (Behind the Wheel), named the Jeep Wrangler as winner in the Premium Crossovers and SUV category of its Grand Prix awards, which crowned the best new cars of 2018. A total of 53 new cars on the Russian market battled it out in 12 categories to be named the best newcomer.

Voting in the “Za Rulyom Grand Prix 2019” competition ran from 1 December 2018 through 28 February 2019. Over this time, the biggest and most competent judging panel – readers of Za Rulyom magazine and the ZR.ru site – decided which nominees deserved to be named best newcomer of the year and win the Golden Pegasus trophy.

According to more than 25,000 readers who took part in the voting, the best newcomer in the Premium crossovers and SUVs category was the Jeep Wrangler. The vehicle was appraised through online voting across three criteria: Equipment, Design and Practicality.

The Za Rulyom recognition is another accolade to add to the long collection of international awards received by the new generation of the iconic Jeep Wrangler.  In Europe  in the first three month of this year,  it has already received the special Off-Road Award in UK’s 4×4 Magazine‘s “4×4 of the Year” honours, the “Legend Car” recognition in The Best of Moto 2018 Awards by the specialised Polish portal www.moto.pl, the title of “2018 Automotive Première” in the Auto Leader 2018 Awards, held by the leading Polish motoring magazines Motor and Auto Moto and the “Car for a big trip for two” recognition by the editors of major Polish portal Wirtualna Polska.