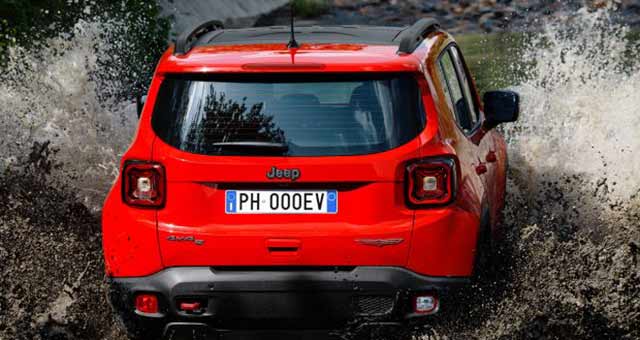 For Jeep®, 2019 is the year of an evolution that keeps faith with the core values of the Jeep® brand, as its presence at the Salone dell’Auto in Turin confirms: visitors to the Parco del Valentino will be able to admire the new plug-in hybrid Renegade and Compass while listening to the sounds of the natural world around them. This is why the attractive setting of Turin’s biggest city park is the ideal location for appreciating these two models’ special qualities.

The Turin event marks the very first on-road appearance of Renegade with plug-in hybrid technology. The new SUV will set off from Piazza Vittorio Veneto and parade around the city centre circuit, giving spectators a chance to realise how quiet it really is. In fact, both Renegade and Compass are extremely respectful of the environment, with CO2emissions lower than 50g/km, and fun to drive courtesy of fast engine response and smooth acceleration. They are both fitted with plug-in hybrid propulsion systems, and batteries which can be recharged by the internal combustion engine or from an external power outlet and, as a consequence, can store an impressive amount of electric energy. This choice allows for the use of more powerful electric motors, which translate into a pure electric range of approximately 50 kilometres and about 130 km/h full electric top speed for both Renegade and Compass. The electric units work in synergy with the new 1.3-litre turbo petrol engines to increase efficiency and power overall. The combined action of the two propulsion systems, internal combustion and electric, produces up to 240 hp.

The off-road benefits of hybrid propulsion

Above all, thanks to electrification, the Jeep range is further improving its legendary capability, courtesy of the high torque ensured by the electric motor and the ability to adjust it with extreme precision during take-off and while driving on the most challenging terrain, when a very low transmission ratio is needed. Thanks to the new electric all-wheel-drive technology (eAWD), traction to the rear axle is not provided by a prop shaft but through a dedicated electric motor. This allows the two axles to be separated and to control the torque independently in a more effective way than a mechanical system.