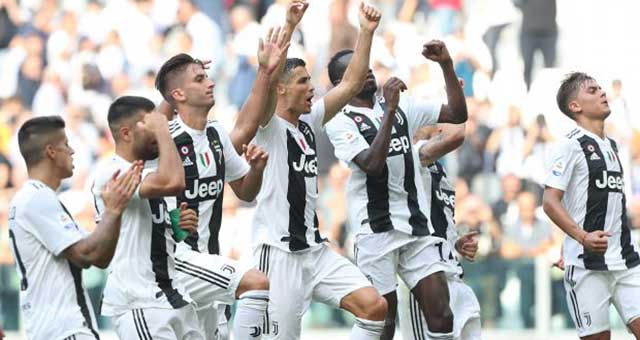 The soccer team with the Jeep® brand on its jerseys has beaten its own record by winning the Italian championship for the eighth time in a row,  with five days to go before the end of the season

Juventus has mathematically won the Serie A TIM 2018-2019 soccer championship for the eighth time in a row setting a new national record in the history of the sport. The black and whites have bettered themselves once more showing once again their affinity with Jeep®, the brand that has been accompanying them as Official Sponsor on their winning streak since the 2012-2013 season.

Celebrating the exploit is also a new Jeep advert sealed by the simple but significant pay-off “We are in eighth heaven”. It is a reference to the umpteenth Serie A “scudetto” and the proverbial expression “being in seventh heaven” that expresses the feeling of extreme joy. Once again, the strength of Jeep and Juventus is to overcome every limit and to go higher and higher, even to metaphorical places never reached by anyone.

The message underlines the typical Jeep attitude of overcoming every obstacle and raising the bar of any challenge. The winning partnership with Juventus was established and thrives under the banner of common values, such as authenticity and passion. Over the past seven seasons, Jeep and Juventus together have won fifteen titles including Serie A, Coppa Italia and Supercoppa Italiana.

A successful championship also for the Juventus Women who won the second consecutive championship. Jeep proudly colors pink this year which saw women as the absolute protagonists.